What Can Be Done to Stop Violence in Healthcare? 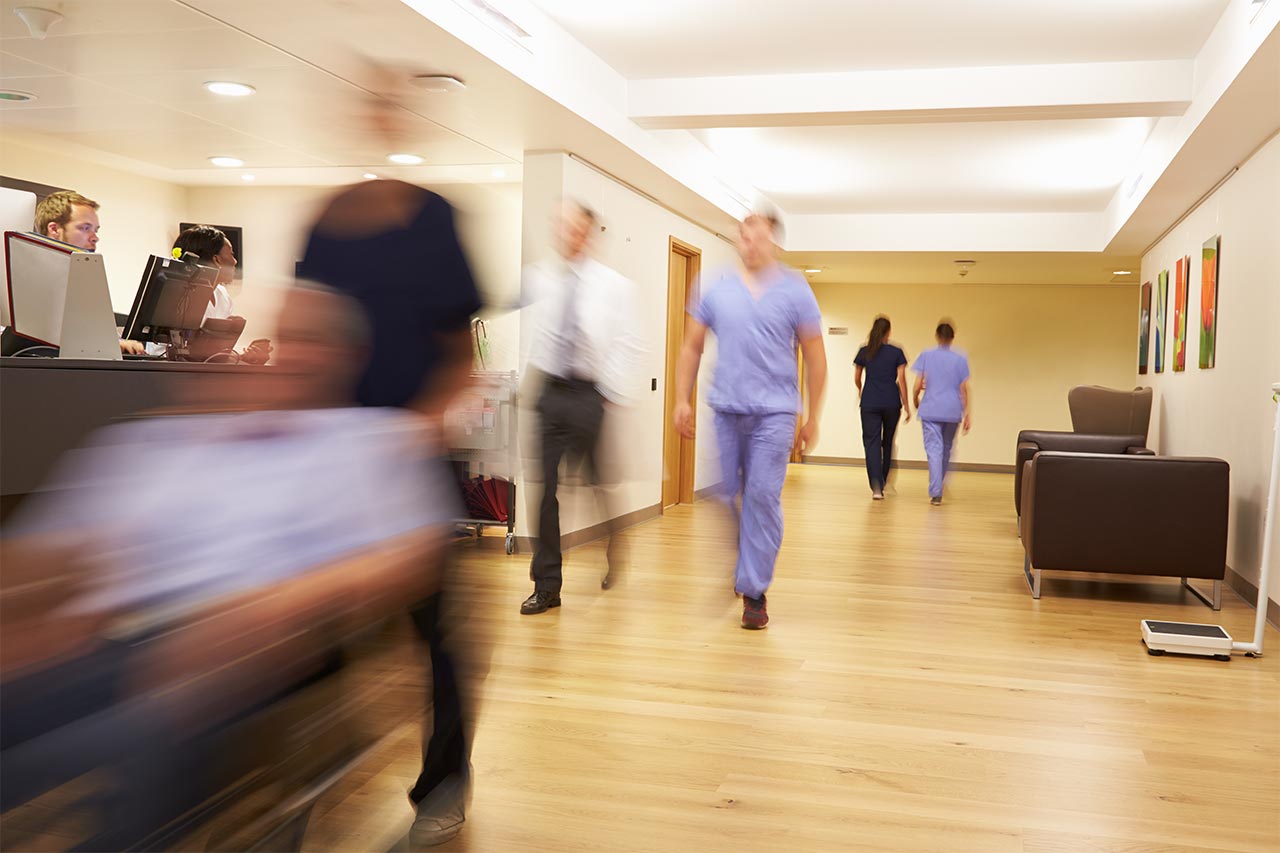 The violence in healthcare problem

Violence against nurses, and violence in healthcare in general, is not a new problem. According to the Occupational Safety and Health Administration (OSHA), incidents of serious workplace violence were four times more common in healthcare than in private industry from 2002 to 2013. And statistics indicate that patients are (by far) the largest source of that violence. 80% of serious violent incidents reported in 2013 were caused by interactions with patients.

Furthermore, healthcare workers sometimes feel pressure to ignore filing an official report when violence occurs because they think it’s just ‘part of the job’, or because they feel an ethical duty to ‘do no harm’ to their patients, willingly risking their own health and safety in the process.

This lack of reporting not only limits our true understanding of the violence in healthcare problem, it also slows progress to implement many possible solutions that can begin with some simple awareness and dialogue.

In a 12-month period, a survey conducted by the American Nurses Association showed that 21% of registered nurses and nursing students reported being physically assaulted and over 50% verbally abused.

And for healthcare administrators, the cost of this violence can be very high… as workers’ compensation insurance will typically have to pay for the cost. But even if the employee recovers quickly, injuries and stress are common factors that lead to caregivers quitting their job. The estimated cost of replacing a nurse is $27,000 to $103,000 (includes separation, recruiting, hiring, orientation, training and lost productivity).

So it’s clear that there is an existing issue of violence in healthcare and that it has various effects, both directly and indirectly, on individual safety, workplace culture and hospital revenue.

What solutions can be applied to reduce this violence?

According to OSHA, violence in healthcare can be reduced by following an effective violence prevention program that includes five key components:

To read more about the specifics of what’s included in these five steps, view OSHA’s Guidelines for Preventing Workplace Violence for Healthcare and Social Service Workers.

One example that follows OSHA’s guidelines and creatively encourages a safer environment (while utilizing resources already in place) includes SSM Health in St. Louis, Mo. Security guards at SSM Health are encouraged to integrate more fully into the care team to actively work with patients and staff members. This way, guards should get a better sense of where to direct their attention and which situations could potentially lead to violence, ideally intervening before the situations escalate.

“We wanted to figure out a solution for stemming workplace violence by getting ahead of the curve because it’s a national trend, and, unfortunately, we are not immune to it,” said Todd Miller, public safety and security specialist for SSM’s St. Louis region, which includes eight hospitals.

The initiative began last June, and reports of violent incidents have decreased since then – in one case by more than half, according to Miller. At one SSM hospital, the four-month average of calls to security about disruptive patients dropped from 34 to less than 16.

“The role of our security officers has changed now with much more emphasis on being another facet of the care team,” Miller said.

Creative initiatives like the one being carried out at SSM Health can set a great example for hospitals everywhere looking for inspiration on how to reduce violence in their facilities.

A newly introduced bill (H.R.1309) would require healthcare and social service employers to implement workplace violence prevention plans enforceable by OSHA. The bill was introduced this February and is sponsored by Congressman Joe Courtney (D-CT).

“This would create a nationally-enforceable standard so that OSHA—as it does in so many other workplace areas of safety—can actually have a measuring stick,” Courtney said.

If the bill were to pass, some expected changes could include the use of glass partitions at certain nurse stations and also additional security guards.

With some promising legislation, internal procedural changes and evolving safety technology, the issue of violence in healthcare is steadily being recognized and addressed.

“Violence against hospital staff / providers is seen as a top priority issue for many if not all healthcare organizations,” says Jennifer Embree, President of the Indiana State Nurses Association. Embree goes on to say:

“Most if not all organizations have policies and have done work around all types of violence – from lateral violence, bullying, disruptive behavior to patient physical violence.”

Many hospitals seem aware of the violence issue and are trying to address it… and we know that creativity is important for coming up with efficient solutions (SSM Health’s security guard initiative). Embree also addresses what can be done to combat violence in healthcare if there’s a lack of awareness, effort or resources at your hospital…

“If organizations do not have the devices, resources and system-wide protections in place to keep staff, providers, and patients safe – then I would recommend that staff get involved with their shared governance councils to advocate for the resources to keep them safe. Developing emotional intelligence and escalating leadership development of everyone working in healthcare is key to the protection of self and others.”

There is not a single solution that will work to eliminate all violence in healthcare settings. Workplace culture, management and staff buy-in, creative brainstorming and effective safety technology are just several elements that need to work in conjunction with one another to cultivate and grow a healthy community within hospitals for staff members, patients and everyone else involved.

Utilizing the proper safety technology (such as discreet panic buttons, a safety app and mass notification system) can go a long way in helping to protect hospital staff members from violence.

If you want to learn more about technology solutions that help reduce violence in healthcare, visit HealthGuard’s website.

Also, you can learn more about Worker Safety in Hospitals and access related resources provided by OSHA.