'See something, Say Something', why you need to do it more. 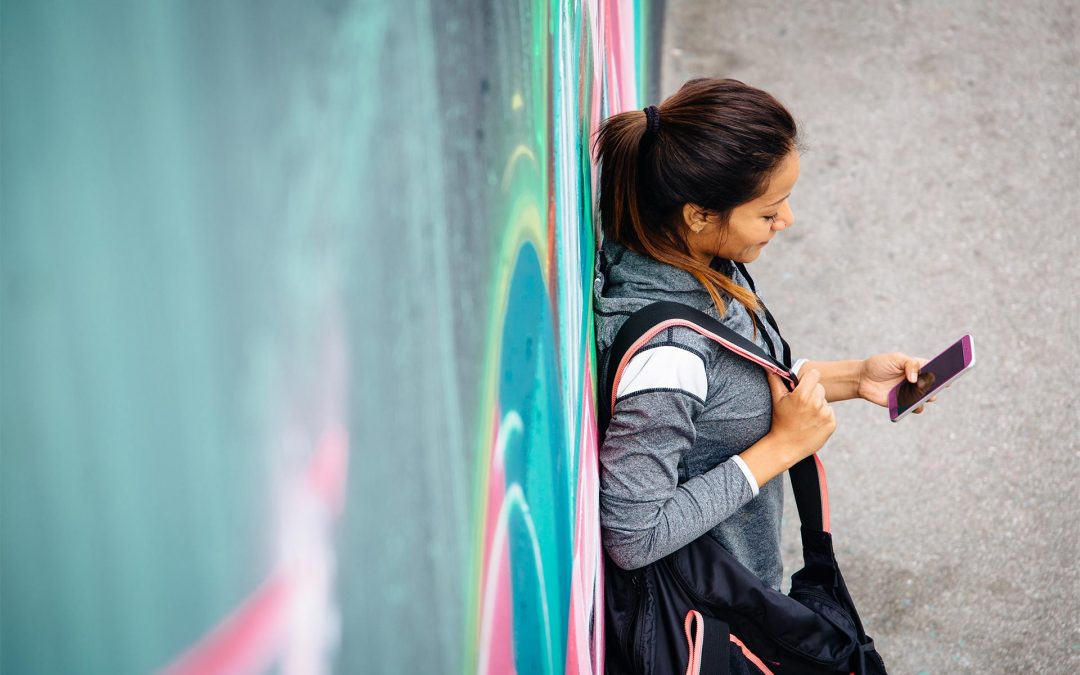 In post-9/11 America, the slogan “If you see something, say something” (often shortened to, or remembered as ‘See something say something’) has essentially become the national motto for fighting against terrorism and crime in our communities.

The origin of ‘See Something, Say Something’

The term was first coined by New York advertising executive Allen Kay, who came up with the phrase on Sept. 12, 2001. The phrase was later used by New York’s Metropolitan Transportation Authority (MTA) for ad campaigns on city subways and buses.

The simplicity of the phrase is what makes it so effective. It’s short, memorable and powerful. It encourages us to act. There were several other phrases the MTA considered that were similar in nature and had the same meaning… but none of them stuck like “If you see something, say something” (today the MTA is promoting a much more region-specific slogan).

The use of the original iconic phrase “If you see something, say something” definitely changed the way New Yorkers acted when they “saw something”. In 2006, reports of suspicious packages in New York grew to over 37,000… in 2002 that number barely broke 800. This profound public reaction led the MTA to spend millions of dollars each year on advertising the slogan, which it eventually trademarked in 2007.

The slogan has since been adopted by the Department of Homeland Security, the Transportation Security Agency, Amtrak and in many cities all across the world. The phrase (or an adaptation) is also used at many colleges and K-12 school districts to promote preemptive communication of warning signs before an active shooter incident occurs.

Benefits and challenges of expanded popularity

The popularization of “See something say something” changed the way we think about our role (the everyday citizen) in protecting our communities. We no longer looked to law enforcement as the end-all crime deterring force that could stop any crime or terrorist attack. We were now, in a way, mini-law enforcement crusaders… tasked with being vigilant and observant in public, like sentinels. If we saw something, we might not be able to do anything about it directly, but we could contact those who can do something about it.

Since it became a popular motto, what have been the benefits of reminding ourselves to “say something” whenever we “see something”? And are there any drawbacks to our adherence to the phrase? Let’s dissect some topics to find out.

The idea of being a mobile sentinel for our communities was embraced by many. The untrained, but perhaps law enforcement hopefuls out there, or just anyone taking pride in helping their communities, would jump at the opportunity to report some suspicious behavior or package to their local authorities… finding out later that their instincts were correct and they sniffed out a homemade bomb that could have killed dozens.

The prospect of this scenario did make the general population more vigilant. MTA’s ad campaigns are proof of that power. This personal empowerment and idea that ‘we are all responsible for the safety of our communities’ does continue to permeate our society today, almost two decades after the slogan came to be.

There is also a flip side to this heightened general awareness though. For the vigilant tip submitters, they run the risk of being hyper-vigilant and ultimately making something out of nothing. The untrained individual is not always going to understand what constitutes a legitimate threat and what is simply just ‘a package’. This propensity for false alarms can be magnified, particularly in cities and highly populated areas, where every several feet there’s another ‘suspicious’ package or activity taking place.

And for those who may not be as vigilant in their tip submission, just being exposed to the idea of looking out for crime or terrorist activity can raise our anxiety levels. The amount of fear compared to the actual threat is often not proportionate. For instance, regarding terrorist attacks in the United States since Sept. 11, 2001, there have been 252 people killed in the nearly 20 year span. Compare that to the number of car accident deaths in the same time period, which is well over 700,000.

The heightened focus on safety is not a bad thing overall, but a proportionate amount of awareness should be implemented as it relates to the likelihood of the threat involved.

As any marketer would know, it’s notoriously difficult to get anyone to ‘do’ anything. So part of the allure of many “See something say something” marketing campaigns is the promise of anonymity. Most people who are about to report something suspicious would rather not identify themselves. First of all, it takes more time, but it also may incur further questioning down the road, which is often not on the agenda of the everyday tip submitter.

Of course this anonymity also attracts pranksters and fake tip submitters, who now know they can mess around with the platform without being incriminated.

Overall though, anonymous sending platforms do tend to successfully extract legitimate tips that would otherwise go unnoticed. And there are ways that department supervisors and software developers can limit workflow disturbances caused by pranksters and false tips.

An additional concern of excessive suspicious activity reporting is that we may be inadvertently racially profiling. This was the case for Texas high schooler Ahmed Mohamed when he brought in a homemade digital clock that looked, to some, like a homemade bomb.

At airports, this profiling has been found to be embedded into the screening system quite literally. Full-body scanners, also known as millimeter wave machines, have become commonplace at airports post-9/11. Recent reports indicate that these devices have difficulty with thick hair and head coverings. In other words, these machines weren’t designed with people of color in mind. Difficulty with scanning could lead to additional searching, which means the scanning system is biased against people of color, even if the TSA representatives are not directly profiling based on race.

The inherent heightened awareness of potential dangers can increase our suspicions of others, unjustifiably targeting those who we consider foreign or different. We have to be careful in how we approach our community safety tactics, targeting only those who are justifiably displaying suspicious behaviors or activities without considering factors such as race.

The mobilization of ‘See Something, Say Something’

Since the origin of ‘See something say something’ in 2001, a lot has changed in the world of communication technology. Perhaps the most obvious change, the invention and prominence of the smartphone, has given each citizen even more accessibility to local safety forces.

Say Something is a smartphone app created as part of the Sandy Hook Promise. The app allows students, parents and community members to submit secure and anonymous safety concerns to help identify and intervene upon at-risk individuals before hurting themselves or others.

The Say Something app is one example of the mobilization of the ‘See something say something’ initiative. In a time where everything is instant, so is our ability to keep each other safe.

The Say Something app, and others like it, can present categories of common tip types and prompt the user to enter additional information such as location and time. These apps can even encourage attached media from the smartphone’s camera or existing media library. And in some instances, those who receive the tips can start a live chat with the tip submitter, even if the tip was submitted anonymously.

For many colleges and universities, ‘See something say something’ initiatives have become part of the campus culture. Most higher education institutions are required by law to have a mass notification system in place so campus authorities can quickly alert community members of potential threats to safety. Many colleges have taken proactive safety to the next level by implementing campus safety apps that provide a variety of security features, including tip submission.

The above video showcases the LSU Shield app, a campus safety tool that has been a key part of LSU’s campus safety initiative for several years. Tip submission features within apps like these coincide with the original “If you see something, say something” campaign, but are adapted to include a variety of crime and safety concerns relevant to college campuses nationwide.

What’s next for ‘See Something, Say Something’ initiatives?

The ‘See something say something’ motto has effected safety communication tremendously since it was first conceived, even reaching beyond our nation’s boundaries. With the continued development of new communication technologies, it will be interesting to see how this awareness-based community safety initiative progresses.

Want to learn more about campus safety? We have the resources to get you informed and prepared. Visit our campus safety page to find out more.